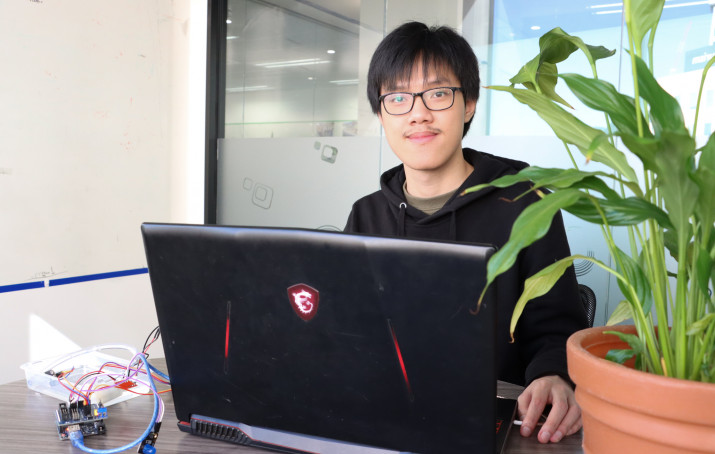 Information Technology student Earnest Surya has designed an irrigation system for house plants as part of his programme.

The device detects when a plant is dry and applies the right amount of water, he says.

It has three sensors which measure soil moisture, sunlight, and temperature.  When parameters reach a certain level, determined by a code, a pump is switched on and begins supplying water to the plant.

An LED light signals that the pump is operating and it continues to do so until the plant has received enough water.

Earnest says this particular prototype has been designed for those who are worried about their houseplants dying while they’re away on holiday, but the same concept could be applied to bigger areas such as agricultural plantations.

Earnest completed the project last block for his Embedded Systems course in his Bachelor of Information Technology.

He’s says he’s happy with how the project has turned out and he’s given the system to his lecturer who he knows is a fan of houseplants. 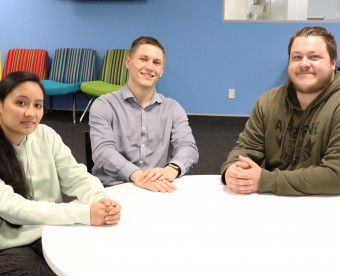 OPAIC students have their say on study in New Zealand 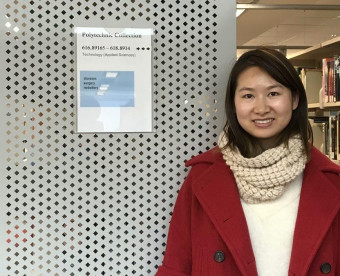 Zhu Xiaowen is one of our offshore international students currently studying NZCEL (Level 4) from China where she lives with her family.  Zhu studied the NZC... 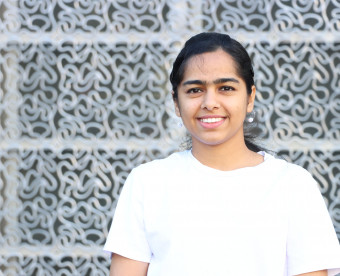 All the experience Dixa Fulara gained during her time at OPAIC is paying off in her new job in the hospitality sector. Dixa’s uncle, who moved to New Zealand...